Ever since she was a girl, Clayton has looked out for Vanessa. When her daddy died, he made a vow that he would keep her safe and he has spent every day since keeping that promise, even to the detriment of his own welfare. When Vanessa’s mother married the first man to give her attention after her former husband passed on, Clayton knew that his life would be getting a whole lot harder. Price Venture is a horrible man, happy to spend the money of the family ranch on prostitutes and liquor. Clayton is happy to let them run the ranch into the ground as long as Vanessa stays safe. However, one night Price decides that taking Vanessa is now his right. After escaping from his clutches, emotionally and physically battered and bruised, she goes to find Clayton. Realising that Venture will never leave her alone, Clayton decides the best thing for them to do is run away. Time is of the essence for our two runaways, as Price will saddle the horses and attempt to round them up again, leaving Vanessa in danger and Clayton in trouble with the Law. They travel through town after town, meeting people who Clayton has dealt with during his time in the war and calling in favours left, right and centre. When it becomes clear that Vanessa is still not safe travelling with Clayton as an unmarried woman, Clayton calls in yet another favour and gets a Pastor to marry them. Unfortunately for Clayton, he has started to have less than brotherly feelings Vanessa during their time on the trail. Can he resolve his inner turmoil at falling for his charge and treat Vanessa like his wife?
OK, this is a side note here for readers (because I didn’t realize it at the time of getting this book!) but this is a faith book. I’m not usually one for faith books as I have had some very bad experiences where authors have used a book as a tool to ram their faith down a reader’s throat. However, it wasn’t the case here as the religion felt right for the time period of the book  and, although was quite overt, wasn’t preachy. It was something that the characters found comfort in and used to explain awful events that were put upon them (i.e “God must have wanted that to happen” etc). It didn’t bother me in the slightest and enhanced the story.
Clayton was such an honourable hero he was quite lovely. He struggled so hard with his feelings towards Vanessa as, in his eyes, it conflicts with his promise to her Father to keep her safe. Throughout the book it becomes apparent that all Clayton has ever been is the protector. In the war he was a Commander and protected his charges. When he arrived at circle Z (the ranch) he quickly becomes both the leader and protector of the ranch hands, and the protector for Vanessa. He seems to have the world on his shoulders and has never been happy for himself. He pushes and fights against his feelings towards Vanessa, feeling that it is an abuse of his position. He thinks that she only married him because she had to, that she only went away with him because she feels he is safe and that she would be horrified if she knew that he was thinking of her in a rather more romantic way. I wanted him to just talk to her, to ask her, but no, he went all stubborn male and made the stupidest decision ever read in a Romance. I wanted him to be selfish for once and make a decision based on his needs. Apparently, that was too much to ask! 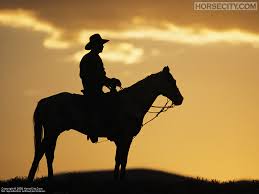 Vanessa is an interesting character. At the start of the book, the world as she knows it is ripped from her. She knew that Venture was a trouble, but she felt that she was protected from him in her own home. When it becomes clear that she is never going to be safe from him whilst they are in proximity, she goes away with the only man that has ever really felt safe with. She hasn’t felt sisterly feelings towards him for a while and, to me, it was only natural that she would be attracted to him, because he is her protector. She started the journey to being a woman during the opening scenes and there were many hard lessons for her during this story. To be honest, I enjoyed that the love story grew over the book, as she needed to change to become the woman to make Clayton see that he could be something other than what everyone else needed.
The most interesting side story was that of Vanessa’s brother. I’m assuming that he will be getting a book in the series and I will be reading it. Miles starts the book as the man who just sits there and lets his sister get hurt. He tows the line with Venture, looking out for himself with the man that scares him. Before he leaves, Clayton accuses him of not being a man, telling him a man wouldn’t have just listened to his sister getting hurt. Those words haunt him and over the course of the book, he tries to help Vanessa stay free of their step-fathers clutches. It isn’t an easy job and Miles grows harder during those months but, I feel that he also grows in a more positive way too. He grows to be a man that can protect those he cares about, much like Clayton. I can’t wait to see if there is woman who can penetrate that outer shell later in the series.
Overall, a very enjoyable western love story. The characters were likeable and watching them grow over the course of the book gives you a warm feeling than refuses to diminish no matter what the horrible Venture does. Even with the horrific start to the book, and some rather horrible moments throughout the course of the tale, overall the book made me feel very cuddly and happy.