Things have been tough for the sins since Ava handed in her notice. All the Sins have been taken off duty for the foreseeable future, that is until Luxi gets pulled in for a special assignment. As the Sin of lust, Luxi has seduced good men from one side of the planet to the next. For this assignment, Lucifer has a different plan. She isn’t allowed to seduce the politician she is assigned to, she isn’t allowed to cause him to fall for some inappropriate target; she is simply allowed to watch over him and his campaign.  The former preacher is a perfect target for her more unusual skills, but Lucifer forbids her to touch him. Problem is Luxi seems to be having a problem with this particular rule….
Grayson Bailey is a former preacher who has decided to run for state senate. The campaign isn’t going great, but it looks like it may get worse when a walking, talking distraction walks through the door as his new intern. Luxi doesn’t look the part, doesn’t act the part and doesn’t seem to know the part, but she certainly catches his attention. Once the sparks begin to fly, it looks like Luxi will be failing her mission. However, Lucifer has never been one for babysitting missions, is this one more than it seems? And can a relationship built on lies ever survive? And how will Grayson take it when he finds out that his temptress Intern is actually one of the devil’s own creations?
Gah! There is so much I could say about this book but I class so much of it as spoiler related territory. One thing I will warn you; if you are a little on the religious side this may not be the book for you. This book has alternative Christian history, a Devil playing the nice guy and Jesus referred to as Big J. I found it all imaginative, entertaining and interesting but I’ve never been particularly religious.  You still interested in this book? Good, let’s carry on.
Luxi was a character that fascinated me from book one. The embodiment of lust, she has come to realise that the only reason she is ever useful to people is for her looks. Obviously this causes some massive issues with her confidence. When she meets Grayson, obviously the first thing that he sees is her looks. He is just the same as any other man to her because he looks at her purely on the superficial level. To be honest, he wasn’t really worthy of her at the start but I liked the way this very religious man was shown to be very human. She obviously wants more from him; she takes him to the Devils dinner party at one point and he gets introduced to the rest of the Sin’s. She feels awful for lying to him, for keeping her true identity from him, but she can’t do anything else. She realises that when he finds out what she truly is, there is no way that he will want her. It was all quite bleak and I honestly couldn’t see how it would all be resolved. He does start to value her, but I worried that it was all going to come down like a house of cards if he found out what she was. I can honestly say that this was a book where I did not see ANY of the twists coming; one thing I love about PNR is that the nature of them allows them to become more unpredictable. 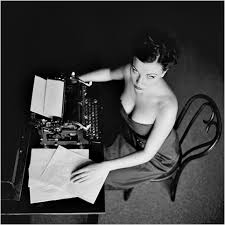 I don’t want to mention the side plots, the alternative religion plot that lies alongside the love story and makes everything more complicated, but it is fabulous. I want to read Lucifer’s story, I really really REALLY want to read it. I loved the thought of the constant battle between good and evil being more of an agreement. You have to realise that this is a story told from the point of view of the bad side; things are never the way that you would imagine. The sex scenes were not quite as smutty as the first one, and not as smutty as I have seen from Ms Stanton previously, but they were certainly hot enough, and sweet enough, to keep me more than entertained.
Overall a book which lived up to my expectations.  Luxi was a fabulously damaged character who needed someone as sweet as Grayson to show her that she was more than just a sex-toy. With steamy sex scenes, a fabulous side plot and secondary characters to get your teeth into, I can’t wait to see what comes up with next. I’d like Pixley to get a book but I have no idea who will put up with her!