This book is a follow on from book two and you should really read the first. Hope Scroggs (I know, what a horrible name!) is having some trouble. Things are definitely not going as she hoped when she took off to become an actress in Hollywood. Her pretend boyfriend has married her long lost twin sister, her dreams of becoming famous led to a stint in a strip club and she can’t seem to forget her one night of sin with the town bad boy.  Colt Lomax has always been the outcast of Bramble. Destined to be looked upon as a future criminal, Colt left the town as soon as possible to get away from judgemental eyes. The one thing he has never been able to get away from is the vivacious Hope; the high school beauty queen, destined to never look his way. When he bumped into her in Hollywood, she was feeling vulnerable and fell into bed with the smooth talking hottie. Thing is, it’s left a lasting impression on both of them and now Colt wants a repeat performance. With all the things that are going on her life, a quick roll in the hay is the last thing on Hope’s mind. But, can she really resist the bad boy of Bramble again? Especially when her body screams yes every time she sees him.
Hope Scroggs is not the most likeable character that I’ve ever met. A massive bundle of insecurities, she came across as brash and quite bitchy at times. The town had built her up to be the golden girl of Bramble and given her the belief that the world was her oyster. When Hollywood didn’t live up to expectations, her feelings of self worth hit rock bottom.  Colt came along and made her feel pretty again and so they ended up in bed. The sex stirs up an unwanted attraction that sends Hope running back to the safety net of Bramble. Once there, she realises that the safety net has been whipped away. Her back up man Slate has got married to the identical twin she never knew she had, leaving her in a state of uncertainty.  The only thing that’s certain now is the devotion of the townsfolk, but even that is under threat with the arrival of Faith. She is truly horrible to Faith in some ways; if they were children you would put it down to sibling rivalries, but we are talking about adults here. When Colt comes along, she fights tooth and nail to get him to leave town. Why? Because she’s as judgemental as the rest of the town and thinks he isn’t good enough. He’s a lowlife criminal who does what he wants and lives off his brother-in-laws money; he isn’t good enough for the sweetheart of Bramble, no matter how attractive she finds him! It really is quite laughable how wrong they have him pegged! By the end of the book, I did like her a little better. When she let’s go of all the judgement, she is actually quite open to seeing how misunderstood Colt is. The thing that p*ssed me off was that she had to have him prove how wrong she was before she actually stopped being such an ass with him. 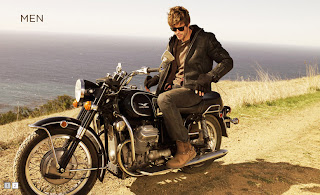 Colt I like. He isn’t an angel, but he’s definitely badly treated. He is a walking talking tattooed hottie, but he is all marshmallow on the inside. Let’s list the charges the town have put against him. Bad boy?  Check, but in a pant droppingly delicious way. Criminal? Not guilty. A leech? Nope, he has made himself successful. What I like about him is that he doesn’t deem the townsfolk worthy enough to know the truth; they gave up on him a long time ago, therefore are not worthy of his explanations. Still, I felt so sorry for him; he didn’t have an easy upbringing and those idiots made it worse! When the poop hits the fan for several of our main characters, he does everything in his power to help in any way he can. That’s when I knew that he wasn’t a bad-boy at all; he just wore the uniform! He starts to drop some of that anger over the course of the book and heal…it just makes him more delicious!
There is a massive similarity between this book and the last. The townsfolk are portrayed pretty much as idiots in both tales. They get an idea into their heads and won’t let it go, despite evidence to the contrary. In book one, they decided Faith was Hope and would not be told otherwise. In this one, it’s that Hope is pregnant, which leads to a Bounty Hunter being hired to track down the Father (Huh?). Although it is entertaining, the joke started to wear a little thin after a while. Whilst overall the book was a hit for me, this particular theme just made me tired!
A misunderstood bad boy falls in love with the town sweetheart in this lovely tale of love and rebirth. With tattoos, a motorbike and a heart of gold, Colt is a man that I’d like to meet J

One response to “Make Mine A Bad Boy – Katie Lane”