A friend, who isn’t a blogger but does review on GoodReads, complained that she thought her average star rating on GoodReads was too high. She thought that it sent out the wrong message, that it looked like she was ‘too generous” and this would mean that no one would take any-notice of her reviews. I was a little bit shocked that anyone would think that and then, a little while later, I wondered if other people thought the same.

My average review rating on GR is 4.22. It’s always been high and I’m good with this. I’m 30 years old and I’ve learned what I like in books and only read/request the books in these genres. This means that, the majority of time, the books I read I like. I’ve also rated over 700 books on there and that means that the odd one I don’t like, and there has been a few, won’t make a significant impact on my overall rating. There is a load of books that I haven’t finished but haven’t rated on GR because I simply can’t be arsed spending any more time on the books I don’t like (Side Note : I have no issues in writing a negative review. I only make a particular effort though if it’s requested review or I hated it because of bad editing). 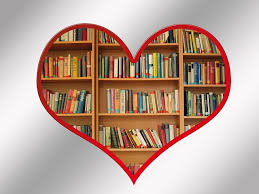 When I look for friends on GoodReads, I never, ever look at the average rating of a person on there. Maybe that’s just me. I press the comparison button and see what books we have in common. I look at the %in common and then I’ll look at the books where we differ. I know I am in the minority with my opinion on particular books, that my personal opinion on certain themes doesn’t mesh with the majority of people who read in this genre (the Christine Feehan and Kresley Cole books are examples of this), so I know to discount ratings on those books, but what about my favourites? Do they like these? Have they then loved books that I haven’t read? That is the major thing I look for on GR; more books to love.

When I get a friend request, I honestly don’t care if the last 40 books that person read, they rated 5 stars. Maybe, like me, they have just learnt to be picky and don’t tend to rate/review the ones they hated but maybe I’m in the minority. And maybe other people are looking at my average rating and judging my reviews on the basis of it. I honestly hope this isn’t the case but I’m not willing to stick a load of negative reviews on there to bring it down as it feels forced and rather nasty.

So guys, I’m interested, what do you think of average ratings? Do you pay any attention? Do you look at some and think that people are over generous? Or do you look only at the ratings of particular books?

11 responses to “Random Musings : Is there such a thing as too high an average rating on GoodReads?”