She lay on the couch with her head on the low arm, her eyes closed and a hand resting on her chest, which heaved unevenly. One knee was bent, her foot perched near her other knee, providing Charlie with an enticing view of her cunt. Her glistening cunt, wet from her juices and his tongue.

Charlie fully suspected the woman could wear a potato sack and he’d find her hot.

“Char?” Her voice was throaty, raspy, like it always sounded after she’d just come.

She looked at him through sultry green eyes. “Could you take your shorts off and come over here so I can lick your balls?”

Charlie began to sweat. Seriously, how could a classy woman like her, an academic who looked and acted like an angel, talk like a hooker? It turned the very balls she wanted to lick inside out.

“I could do that, I guess. If you tell me why you wanna lick them.” He took out a condom and tossed the box onto the coffee table.

She gave a throaty chuckle, her pale skin flushing pink with excitement. “As if you don’t already know.”

He shucked his boardies, silently thanking God the pants hadn’t done him permanent damage. “Remind me.”

“Because, Surfer Dude, licking your balls gets me hot. Really hot. Like second-degree-burns hot. And besides.” Her lips curved into a wicked smile. “They taste like sin. Delicious and forbidden.”

His dick sprang free, thumping against his stomach.

“You just gonna lick ’em, Geek Girl?” Charlie made his way over to the arm of the couch where her head rested, surprised he could walk with a stiffy of this size.

Sarah shuffled up until her neck was supported by the arm and her head tipped over the edge.

And then her hands were on his legs and she was burrowing her head between his thighs, and true to her promise, licking his balls.

Her tongue was liquid fire, scalding him where it touched. And it touched everywhere. Left not an inch of his scrotum unexplored. His body lit up from head to toe, alive, alert and attentive. Hungry, starving for more of her feasting mouth. She licked, tickled and nuzzled, and when a fierce groan ripped from his throat, she sucked his left testicle into her mouth, gently yet firmly, and Charlie saw fucking fireworks.

He had to grip the base of his dick and squeeze to force down the urgency to come. Then he had to squeeze even harder when she released his left nut and sucked the right one into her mouth. But when she released that one and nuzzled her way farther back, pushing her tongue between his ass cheeks, he knew he had to stop her. Either they had to change positions or it would be game over before he ever got inside her.

And he wanted inside her. 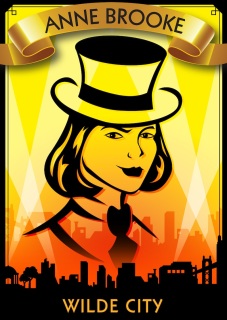 He broke my gaze and took the whole of my cock deep into his mouth. I cried out, arched my back towards him and tried to keep myself on an even keel, concentrating with all my strength on not coming there and then. His command not to come was dancing round my head as the heat of his mouth sent pleasure coursing through my cock and outward across my whole body. I moaned, a rising note in my voice, and David pressed the base of my cock even while he continued to swallow me down.

His act brought me back under his control, and I gave it all up to him, allowing his hand to steady me and his lips and tongue to take me right there to the edge of orgasm. But not beyond, not yet. No matter how much I longed for it.

He continued to lick and suck me and, every so often, I thrust myself slowly, almost lazily into his mouth, even though I couldn’t get any further inside him. He had me right to the base now, his hands holding my hips. I licked my lips, still tasting the remains of his salt at the corners. My breath came easily and I felt half-drugged with pleasure, enjoying the sensation of being not yet at the peak of it but climbing ever higher.

Sex had never been like this before. I could see how submitting to a man was really the most natural thing in the world. Nothing to be scared of at all.

Then, during one of the times when I was thrusting lazily into his mouth, his finger trailed a slow line across the saliva and precum patterning my pubic hair before disappearing beneath me. I felt him tease my arsehole, and gasped as he entered me. My heart began to pound, my breath all but vanishing away.

My descent back onto the bed from my thrusting position only drove his finger deeper inside. Surprise gave way to a delight that pushed me far too near the edge and I was shimmering on the brink of orgasm.

Please remember that all of the Rafflecopter forms will be added together as this is an event prize bag. The overall winners will be picked from the combined forms.

One response to “Sex Scene Championship Round 12 : Jess Dee Vs Anne Brooke”