The defending champion of the Sex Scene Championship, Ms Tessa Bailey, has done it again! You voted in your droves and, out of the 64 excerpts submitted, the scene from Tessa was your favorite! If you didn’t read the scene, it is here in all it’s sexy glory on the Final post. 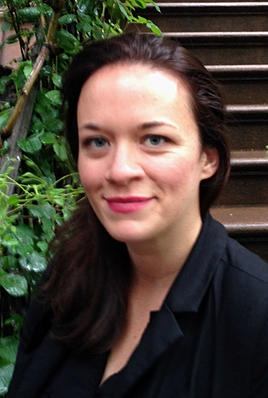 He’ll own her from the very first touch.

Julie Piper and Reed Lawson have nothing in common. She’s a people-pleasing sorority girl hiding behind her perfect mask. He’s a take-no-prisoners SWAT commander who isolates himself from the world. But when they’re forced together at their friends’ posh destination wedding, one thing is clear—Reed wants Julie more than he wants his next breath. Which is why he’s not about to stand by when she’s dared to seduce another man.

Julie wants neat, tidy sex, so she could get back to what she does best—making everybody else happy. She never expected to slip into a dark bedroom and have her mind blown by rough, demanding hands, and a sinfully filthy mouth—neither of which belong to the best man.

One night should have been all Reed needed to get the blond temptress out of his system, but when one taste is nowhere near enough, he’ll be forced confront the effects of his hellish past. One that may push Julie away forever… just when he realizes he can’t live without her.

Tessa can be found at ….

Next up by Tessa is …

Her mind rejects his world. But her body knows its master.

Jonah Briggs doesn’t leave his post for just anyone. As the owner of the club, his sole purpose is to ensure that his clientele get everything they need, but when he sees Caroline, his only thought is what he wants—to dominate the sexy little reporter and give the most exquisite pleasure she’s ever experienced.

Caroline has no intention of entering that particular lion’s den—not with her family’s reputation at stake—no matter how dark, sexy, and complexthe lion in question may be. But with every encounter, she craves more, and with every slide of his lips, she realizes Jonah might just be the man to break down all her defenses…if she’ll let him.

Thank you so, so much to the wonderful people who submitted their scenes for the daunting task of being voted on by all the lovely readers; without you all, this would not have been a success. I have indexed all the posts on the Index here and I do hope you all have a flick through the scenes that are there and find some wonderful new authors to read. Prizes will be drawn tomorrow … that may take a while!